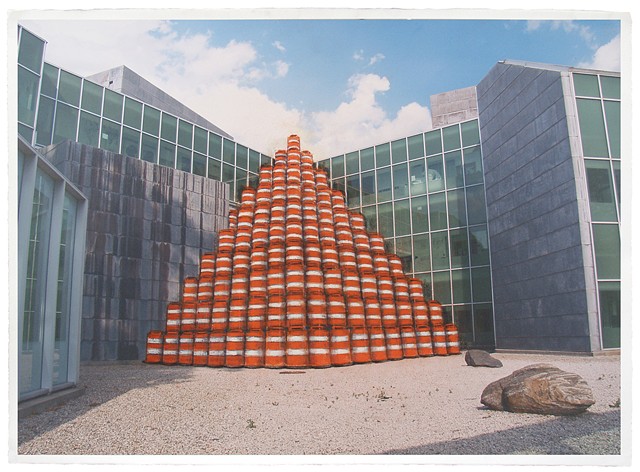 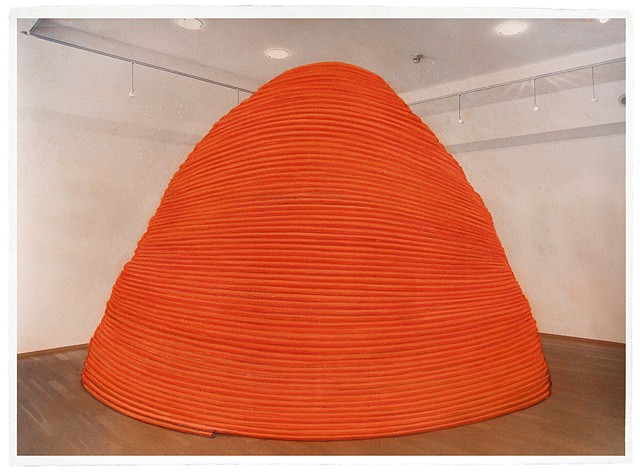 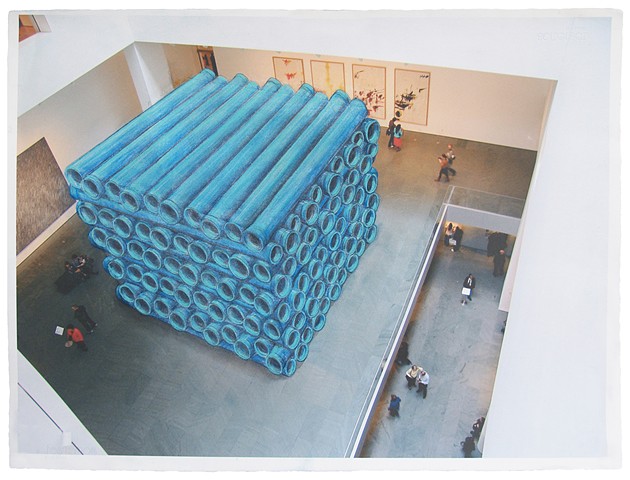 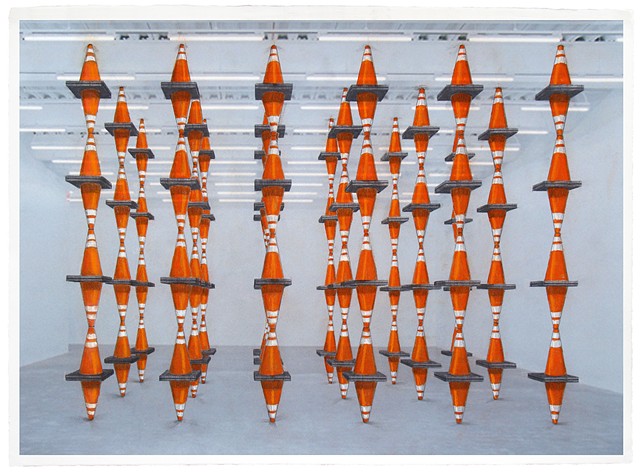 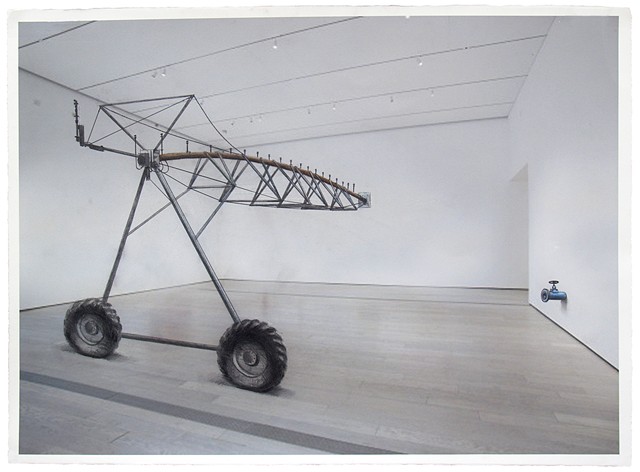 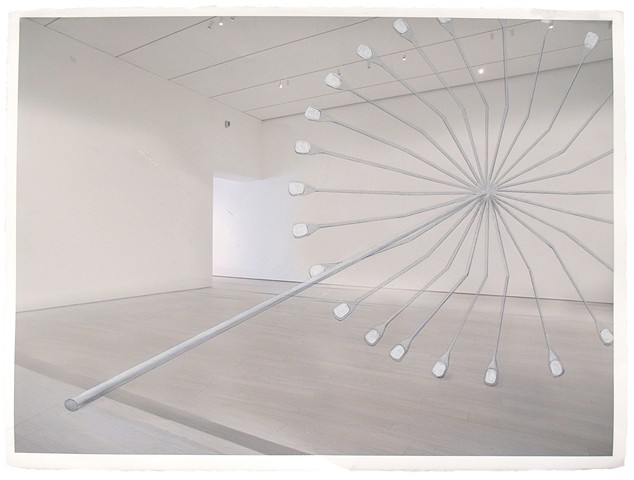 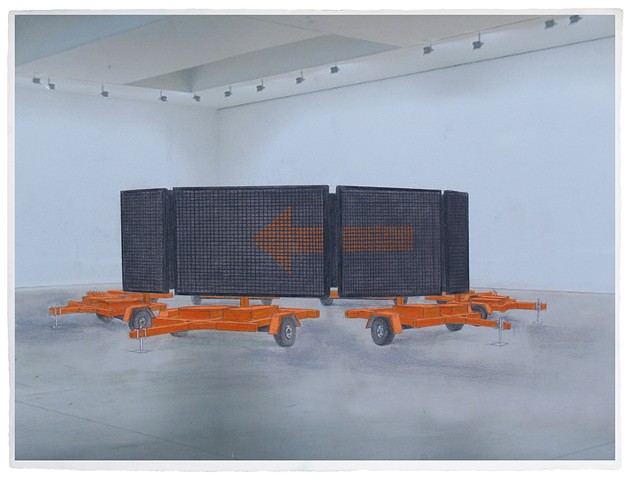 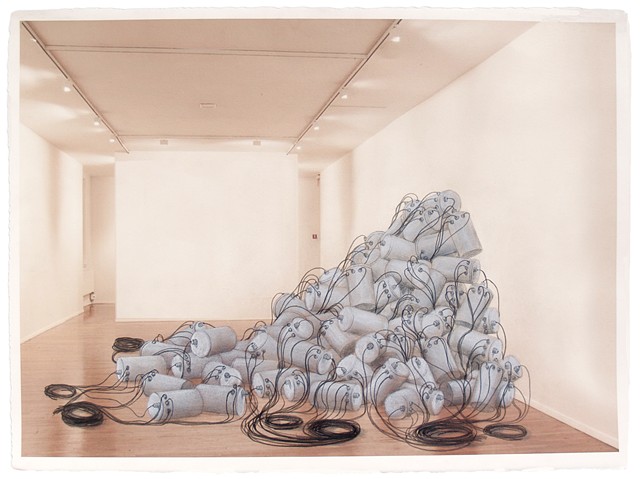 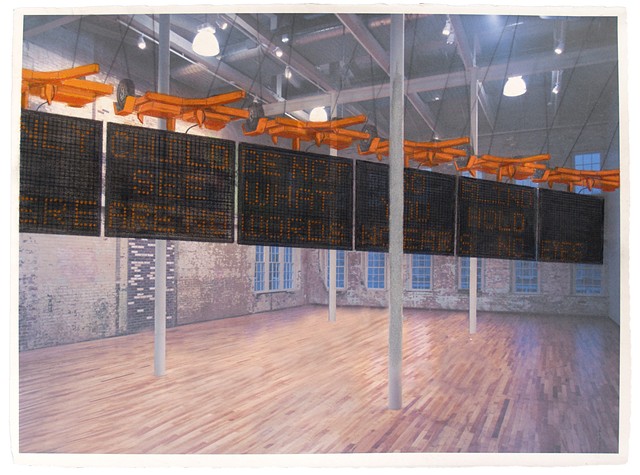 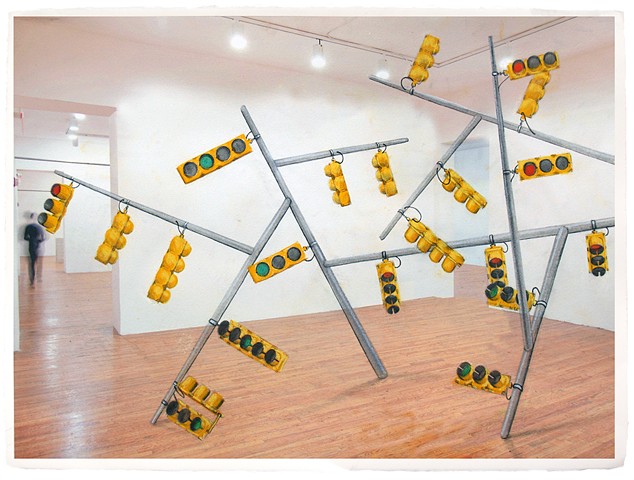 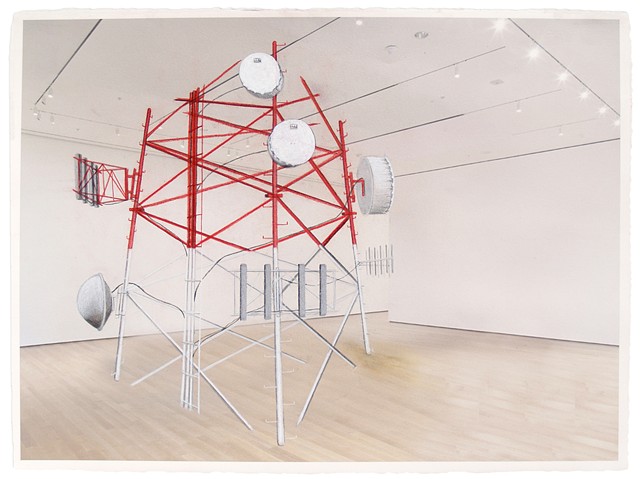 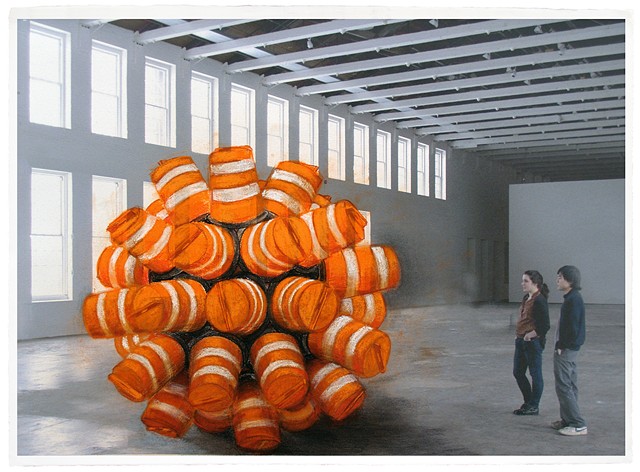 This series of artworks was conceived as an opportunity to simultaneously explore visions of 3d installation projects and particular drawing techniques for visualizing such ideas. Just prior to beginning this project I visited a number of notable art museums, including the Museum of Modern Art and PS1 in New York City, Mass MOCA in North Adams, The Art Institute of Chicago, and the LA County Museum of Art in Los Angeles. At these various museums I found particular inspiration in Arte Povera, ‘readymades’, and the museum spaces themselves. During this same period of time I was drawing urban environments and contemplated the impermanence of urban infrastructure. This led me to conceive of various installation projects based on the possibility of experiencing infrastructure in the context of museum spaces; infrastructure as specimen, artifact or sculpture. Simultaneously, as an artist with a profound connection to pigment, marks, paper and the history of drawing, I was compelled to explore the idea of the ‘project drawing’, something akin to the drawing work of artists such as Christo and Jean Claude or Los Carpinteros.